Johnny K. Gambino's journal is an event log chronicled by Johnny K. Gambino himself. The journal played a major part during the Halloween and Christmas 2004 events, but was later abandoned.

Originally, the journal was titled Gambino's Mansion and served as the "[event] log of the most powerful man in GAIA!". Later, it was renamed to Gambino's Christmas Journal where it chronicled "A Gaia Christmas Story". It has kept this name to this day.

These entries were posted to Gambino's journal and posted live on the Halloween 2004 event page. The journal begins on the days leading up to the event and culminates with the moments before the destruction of his mansion.

Today I woke up to various noises of machinery and metal clanging against metal. At first, I thought I was dreaming of giant robots duking it out over the Gaian skyline. A large grin stretched across my face. Until I realized that the noises were actually the construction that was continuing beneath my mansion. The finishing touches of the secret test facility were finally coming together. My grin grew even wider...

I have made many sacrifices to get this far. Releasing the Gambino Marketplace to the public, dealing with my no-good-of-a-son's antics... Heck, even leaking this new "BLOGGER" technology to the Gaian public... Sure, all these things may seem like large gestures of goodwill to the public. Just as they should...

Things are proceeding according to plan. The lead architect informs me that the facility is roughly 90% complete. He assures me that it will be fully operational in 14 days. I gave him 7. I LOVE doing that. It's just like on an episode of Star Trek TNG when Picard would ask Geordi to do something, and then Geordi would tell Picard an arbitrary number of time, and then Picard would tell him to do it in half the time. That Picard was a smart one. It just goes to show that employees always give their bosses BS timeframes. You work in this business long enough and you learn these things. Take it from me.

Speaking of lousy employees. I've just had another series of hires at the facility. Hopefully, these guys will fare more successful than the last batch.

I've a few business meetings to attend to at the Durem Reclamation Facility today. Apparently, some of the water samples and specimens taken from there will help with forward the research going on in my secret test facility underneath my mansion.

I can't wait to see what results will come of it. I can feel my grin growing even wider.

OH HO HO HO... it seems that LabTech013's antics have raised a stink in the Gaian public.

Let me reassure all Gaians that there is nothing fishy going on underneath my mansion. First of all, LabTech013 isn't really even a LabTech. He is/was one of my construction workers. He is/was such a drama queen. By secret underground test facility, I simply meant new swimming pool/jacuzzi combo. You see, my son Gino's birthday is coming up on October 31st and he wants to invite all of his friends over to the mansion to hang out. I, being the gracious father figure that I am, simply just wanted to provide him with a swimming pool/jacuzzi combo so that his friends will think he is cool(cause he wouldn't be otherwise

). I merely call the construction project "Secret Underground Test Facility" for fun. Really, nothing to be worried about.

My greatest achievement is about to be unleashed on the public! The time grows near, for everyone to enjoy in the festivities of yet another epic bash sponsored by yours truly, Johnny K. Gambino!

My my my, of course I expected this big of a turnout.

I'd like to thank everyone for coming and sharing in the joy that is Halloween. Please disregard the fire alarm earlier. Some of the more rowdier guests must have set it off. Everything is going to be OK. Nothing to be worried about really.

EVERYTHING IS UNDER CONTROL.[]

Don't be alarmed everyone. It seems another one of those rowdy partiers has set off the fire alarm again. Please be calm, I've got people working to fix the problem.

For now, just stay away from the big iron doors and the uh.... gun turrets.

Please, have some more food and drink!

Ahem...so my security advisors have informed me that there is a slight pest control problem in my mansion. So, being the gracious host I am, I am now supplying all of the remaining humans with shotguns... that is, you now have the ability to fight to stay...um....human...

SAVE MY MANSION AND YOURSELVES!

Dear guests, Bucho, my head of security at G CORP has informed me that our...um...pest problem has grown geometrically. In fact, the problem seems to have grown SEVERELY.

WHAT?! What do you mean 'Silent Flash' protocol?! ONLY A HOUR AND A HALF?!!? Bucho, this is MY MANSION!

We CANNOT do this!!! I commmand you to stop this madness!! DO YOU HEAR ME?! What?! ... G CORP AI computer system automatically enacts 'Silent Flash' protocol when contamination levels reach severe levels?!! ARGH!! ... ahem. NO need to be alarmed my dear guests. Just keep doing your thing. Remember to stay focused on the task at hand, which is pest control... you know, don't go looking out the windows at the sky or anything ok? Good. PARTY ON!!

I'm afraid that I must now depart you. It's been fun and I hope you've enjoyed my Halloween party this year. No no, please, by all means, continue to help me clean up the pests. That should buy me enough time to make my esc-- erm... to help with the clean up crew. Yes, please continue on doing what you were doing. The mansion will be um.... closed... at 7:00pm.

And with that, I bid you adieu... Happy Halloween!!

Following the demise of his mansion and the loss of his son Gino, Gambino hits rock bottom. He begins his journey to find Gino during the holidays and chronicles his tale in the first comic-style story on Gaia. 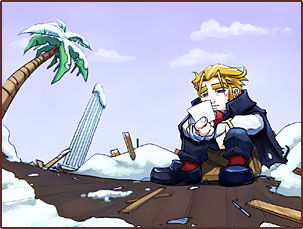 I sit here on this crate in a crater that was once my home. It's been 55 days since that night. My greatest achievement and my biggest mistake. 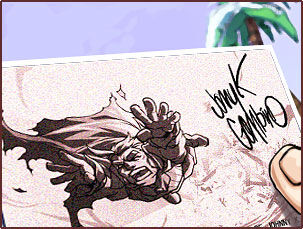 This photograph is all that I have left. My mansion... in ruin. My riches... gone. My son, my dearest son ... missing. And to top it all off, it's Christmas day. 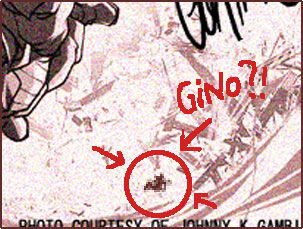 But what is this I see?! A glimmer of hope. Gino could still be alive! He must be. He's crafty like his old man. 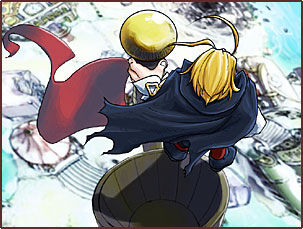 I embark on a quest inspired with hope! Afterall, it IS Christmas day! It is a time for miracles. Bah, I make MY OWN miracles. 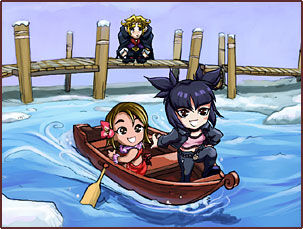 I make my way south and what do I see? Sasha and Moira, off to some party. These young girls make me sick.


They think of nothing but fun, of self-enjoyment and carelessness. Do they not know what it means to have lost something special in their lives? Do they even care that, while they are having a blast, others are suffering and are in need? *sigh* I wish I could go too, but I am determined to find my son! 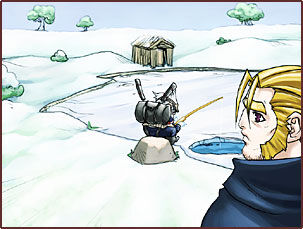 Ah, tis old man Logan fishing away. Bass'ken lake is iced over yet he is still determined to catch something. Here is a man so dedicated in his craft that he shuns everything else. An admirable way of life, though a lonely one. Is this what lies in store for me? Am I also fated to be alone? 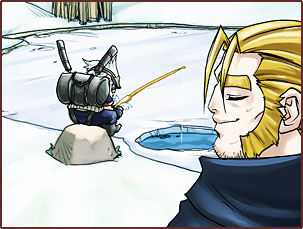 Ah, at least I can take solace in knowing that I'm not the only one alone on Christmas day. Perhaps I can join Logan here and help him catch a fish or two. ^^ 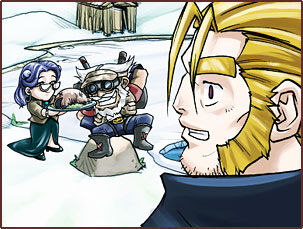 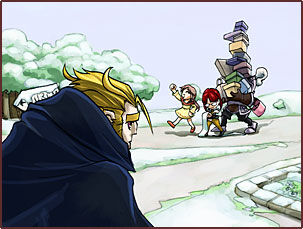 It's so cold outside, even the green of Barton West is frosted over with white. Though despite the cold, there are people who brave it in order to spend their money. I was once the richest man in GAIA. I could've bought anything I wanted. And now look at me. What does money and physical things mean when there is no one to share those things with? I wonder if anyone got me a gift this year? I suppose not.

Durem - A friend in need is a friend indeed.[] 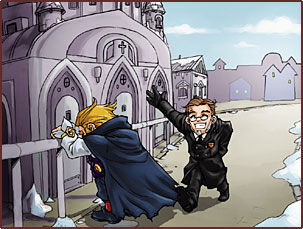 In times of need, you can always count on friends. Edmund, is one of those men. Honorable and kind, yet strict and controlled. 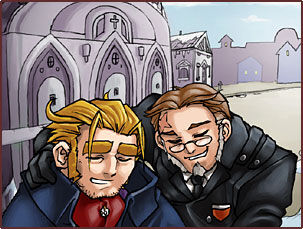 He is one of the only men in this world who I would call "friend." He's on THE LEVEL. 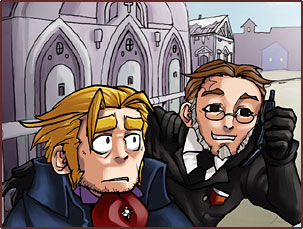 
And it's times like these that remind you that friends are only temporary. Family is forever. "You understand right, man?" 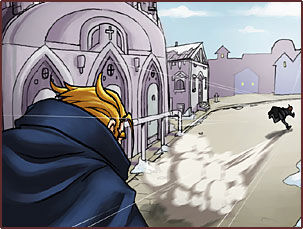 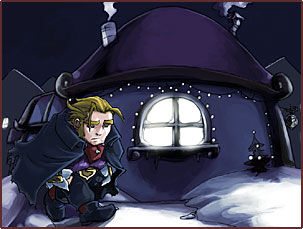 It's been such a long day. I've searched all of the land and yet Gino is nowhere to be found. 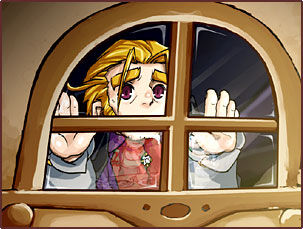 A voice of a child! GINO!? Could that be you? 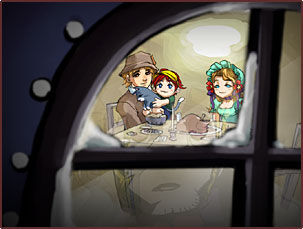 No, not him but another child. I believe this little one is named Peyo. He is Ruby's child. Ruby... they look so happy. So warm and content. They may not have much, but they have it all. 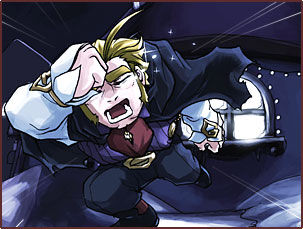 I CANNOT TAKE THIS ANY LONGER! 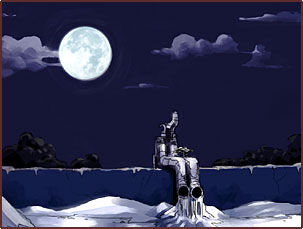 This facility represents my soul. A barren wasteland scorched by ice. A craggy, dangerous place where all the waste in GAIA sleeps. No one wants what is kept here. 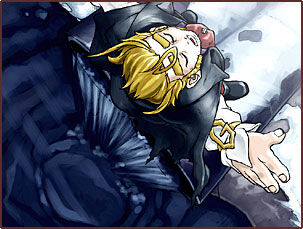 I am numb. I won't feel a thing. Though at this moment, when nothing is left for me, I can actually feel something. Something holding me back. It's too late for me though. I have nothing. I am GAIA's most powerless man. 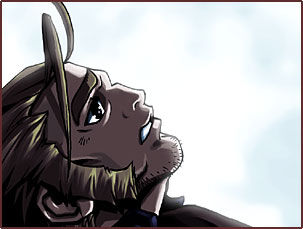 The only thing that could save me now is gone. Gino, my son. I never got the chance to tell you... 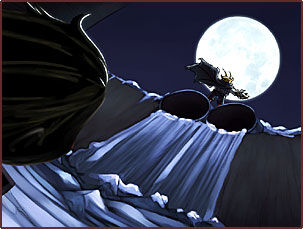 "Don't do it!!" The voice called out. At the moment of my near demise, a miracle happened. Gino's voice! I am saved! 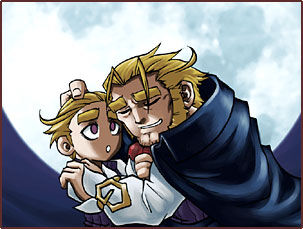 It really WAS him. Gino, my son. I embraced my son like I never had the time to do before. Though, there was something in his eyes... the same soul, but something different. I then knew what it was when he uttered one question... 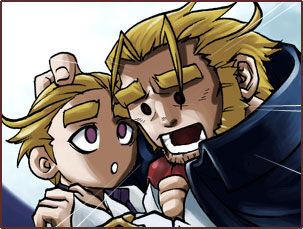 We hope you enjoyed this Christmas story! Stay tuned on GAIA to find out what happens next!

Gambino's journal has been left mostly untouched since his final Christmas post. However, at some point in the site's history, all of the dates for his entries were moved back by 8 hours each. Therefore, a post originally made at 12:30am would now say it was made at 4:30pm the day prior. Comments on his journal were also lost, although the amount of comments left prior to this still remains. Despite these changes, all of the original coding is still intact, displaying incompatible code and broken links to images that are no longer hosted on the site.

When the Newsroom on Gaia was established, Gambino's Christmas Journal was revisited and adapted into a comic strip-like format with the new tagline, "After a devastating Halloween zombie attack, life goes on...":